I came to visit Dare to Fail site and i’m really interested to share the article which is written by Billi Lim. Here it goes :

Long ago there was a King who wants to know a lot about a lot of things but he was a bit lazy. So one day, he summoned all the wise-men in his Kingdom and asked them to compile all the knowledge and wisdom in the world and put it into one place so that he can study them.

So off went all the wisemen to do the King’s bidding. After a year, they came back with 100 volumes of books of knowledge and wisdom. Upon looking at the huge number of volumes, he began to think “I need an easier way”.

So he ordered the wisemen to condense the 100 volumes with one. Finally after another year, the wisemen came back with one volume. But the single volume was very thick – about 1000 pages. When the King saw it, the thought came into his mind again, “I need an easier way.” So he told all the wisemen that it will take him too long to finish it what more to remember it.

So he ordered that all the knowledge and wisdom to be condensed into just one single page. There was a hue and cry among the wisemen but they have no choice. They either have to do it or have their head chopped off!

So the head Wiseman gathered all his colleague together to have a meeting to resolve this predicament. The meeting last through nights – finally they came up at last with one single page – all the knowledge and wisdom of the world!

Upon hearing this, the King was so delighted and quickly ordered that the page be brought before him. At last he is going to learn all the knowledge and wisdom of the world by just reading one single page.

The King took the single page from the head Wiseman, open it and learnt the greatest wisdom of the world. On it was written just one sentence:-

“There is no FREE Lunch!”

Everybody today seems to feel that there is an easier way out. Sure there is but there is still no Free lunch! Everybody thinks that with the internet, it’s very easy to make money. They hear stories like Bill Gates, Steve Job, Jerry Yang, Amazon dot.com, Yahoo, and think that these people make their money without much effort. The problem is the real tough side has always been covered by all the Hipe.

There is no such thing as something for nothing. You have to work it. I know many people are being introduced to many kind of opportunities. And if you all think that you can get money just by sitting- you are in for a big disappointment.

In my last article, I mentioned about a time-tested opportunity which I offered. Many called but when they realized that certain “effort” has to be put, they stopped calling.

Remember one thing, there is only one person in the world that can get result by just sitting – the HEN!

Your fellow traveler in Time.

No Pain. No Gain.

One thought on “The Easy Way” 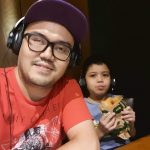 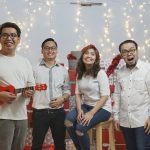